How it All Began

_
In 1979, a family gathering was planned for the descendants of Isabella Murray, a widow who had migrated from Roxburghshire in the lowlands of Scotland to the Manning District with her nine sons and one daughter. The family had emigrated on two ships, the Castle Eden in 1848 and the Earl Grey in 1851. By 1979, of course, Isabella Murray’s descendants had multiplied and, with an increasingly mobile society, had spread far beyond the Manning Valley.

The reunion initiative can be attributed to a small but committed band of people. One of these was Fred Murray of Taree, a sales representative who travelled throughout the NSW north coast. On trips to Ballina he met with his distant relatives Frank and Kath Murray. Kath was very active in Clan McLennan and did much to inspire the Murray initiative. A close friend of Kath’s and fellow historian of the Clan McLennan, Eunice Capple, gave considerable assistance, although she was not a Murray.

Another of the prime movers was Alice Gleeson, pictured above with one of our younger members, Timalee Murray, cutting the cake at the 30th Anniversary Dinner in 2009. Alice was a friend of Kath Murray and in 1978 had visited Scotland where she attended a Clan Gathering. Discussions with Kath on her return inspired her to pursue the idea of a reunion. Other important figures were Evie Martin, Lily Sambell and Joyce Kidd.

The reunion took place on the river bank at Wingham on 10th November, 1979. The weather was magnificent, and about 600 of Isabella’s descendants, according to the Wingham Chronicle of 15th Nov, 1979, “came from many centres including the New England area, several Sydney suburbs, both the South Coast and North Coast of NSW, the Hunter Valley and Manning area.”

Alan Martin was the marshal for the day.

Although primarily a family reunion, there was a Scottish flavour to the occasion with the Scottish Standard being flown, along with the Australian Flag, and the Crest of the Duke of Athol being on display. At a huge open air meeting, it was agreed to form a branch of the Murray Clan in NSW as the best means of maintaining contact and planning future gatherings.

The first committee meeting was held on 29th December at the home of Alice Gleeson in Wingham. Interim officers were elected and a decision made to seek advice from the Duke of Atholl as to the proper procedure for establishing a branch of the Murray Clan in Australia. Harry Murray of Dyers Crossing was elected President, Joyce Kidd Secretary and Fred Murray Treasurer. Three research officers (Joan Murray, Angus Murray and Les Murray) were appointed to gather information and coordinate research into the history and genealogy of the Murrays.

At a second meeting on 26th April 1980, again at Alice Gleeson’s home, the Murray Clan Society of NSW was formally constituted. A dinner was organised for 20th June, 1980, establishing a tradition of annual dinners which have become the main activity of the Society since then. Following the dinner, the first annual general meeting was held which confirmed Harry Murray as President, Joyce Kidd as Secretary and Earl Kidd as Vice-Secretary. Fred Murray did not seek re-nomination as Treasurer in order to devote time to gathering research for a book on the history of the Murrays, which was ultimately published in 1981 with Joan Murray as joint author. He was replaced by Alex Murray. All other members of the original Committee were confirmed, and a Constitution was formally adopted. Fred and Joan's book, "The History of the Australian Murrays from Roxburghshire, Scotland", was an outstandingly well-reseached and well-written family history, and has helped countless Murray descendants trace their origins.

Although the Murray Clan Society of NSW began as an organisation of Manning River Murrays and their families, whose members have continued to play a leading role, it has been a great delight to see so many unrelated Murrays and others with connections to that name join over the past thirty years. Many wonderful friendships have been established, and the society has been a catalyst for many people to re-engage with their long-lost and often distant relatives. 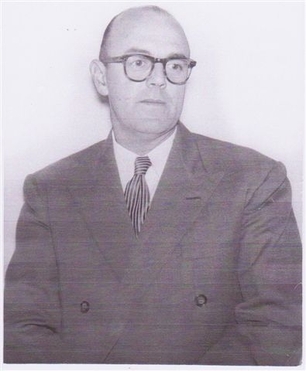 The late Harry Murray of Dyers Crossing, first President of the Murray Clan Society of NSW